A New Life Through ElShaddai

“My name is Emma. I was 8 years old and my brother Luka was 10 when our family left Iran. Because of my parents’ concern for our future, we came to Malaysia hoping to find an opportunity to go to Australia for a better life. My parents did not want us to go through what they have experienced in Iran because of our Armenian ancestry”

Before coming to ElShaddai seven years ago, the Lavians, like generations of their ancestors, had lived in Iran before the Shah’s regime came to power. When the Shah’s rule collapsed, a new ruler took over. Many Christians left the country when the new ruler restricted and controlled the religious and economic activities of Christians. After enduring difficulties for several decades, the Lavians sold everything they had and landed in Malaysia in search of an opportunity for a new life.

However, as asylum seekers in Malaysia, they encountered a different set of difficulties. When their money was stolen by an agent who promised to resettle them in Australia, they were in despair and had to seek help from Christians. The couple was not allowed to work or open a bank account. They had to send their children to an expensive international school since the public schools do not accept non-local children. When one of the children was hospitalized for dengue, they were charged ten times what the locals would normally pay. They were penniless and almost became a stateless family when their refugee status was cancelled by UNHCR. Despite their repeated attempts to apply for asylum with the UNHCR, their applications were rejected.

At one point before they moved to Klang, the Lavians had no money, no job and no place to stay. And of course, school was out of the question for their children. They were too afraid to go anywhere because the authorities might arrest them for not having any valid travel documents. Emma said: “I would never forget how thirsty we were in the heat of Kuala Lumpur and my father didn’t have any money to buy me even a bottle of water. We were so lost and hopeless.”

“They had to leave the country before the authorities found out that the UNHCR had rejected their asylum application. But where could they go?”

On hearing their plight from a pastor in Kuala Lumpur, ElShaddai provided them shelter and a means to survive. To assist them with their daily expenses, ElShaddai found a job for the mother in cleaning an office while the father helped in maintaining the gardens managed by ElShaddai. Emma was enrolled in the ElShaddai Refugees Learning Centre. As Luka had reached an adult age, he could not enroll into the school, so he helped his father in the gardening work.

As much as the family loved Malaysia, they could not stay. They had to leave the country before the authorities discover that the UNHCR had rejected their asylum application. But where could they go? To return to Iran was not an option. Just then, they found out that the Armenian Government was giving an opportunity to people with Armenian ancestry to become citizens after a three-year residency in Armenia. This was the opportunity the family was looking for.

Their departure from Malaysia to Armenia was nothing short of a miracle. After meeting the necessary Armenian immigration requirements, the Lavians received the residency permits from the government. Despite having overstayed in Malaysia, they were charged with a relatively small fine. And although they had to miss their original flights because of an unforeseen immigration issue that happened just as they were about to board the plane, they were able to leave within the immigration deadline by a few hours. And despite not knowing anybody on their arrival in the new place in Armenia, they were welcomed and offered a place to stay by a pastor who was contacted by the Lavians’ pastor in Klang. The family thanked individuals, churches, and ElShaddai for making this part of their life’s journey possible.

With deep gratitude in one of her video messages, Emma wrote: “It was only through churches and organizations like ElShaddai that God gives us a better future. Now we have successfully resettled in our ancestors’ country Armenia, all through the much needed support from ElShaddai and some local churches. We are truly thankful to every one of you who have been supporting us while we were in Malaysia and those who have helped us to make our resettlement dreams come true!” 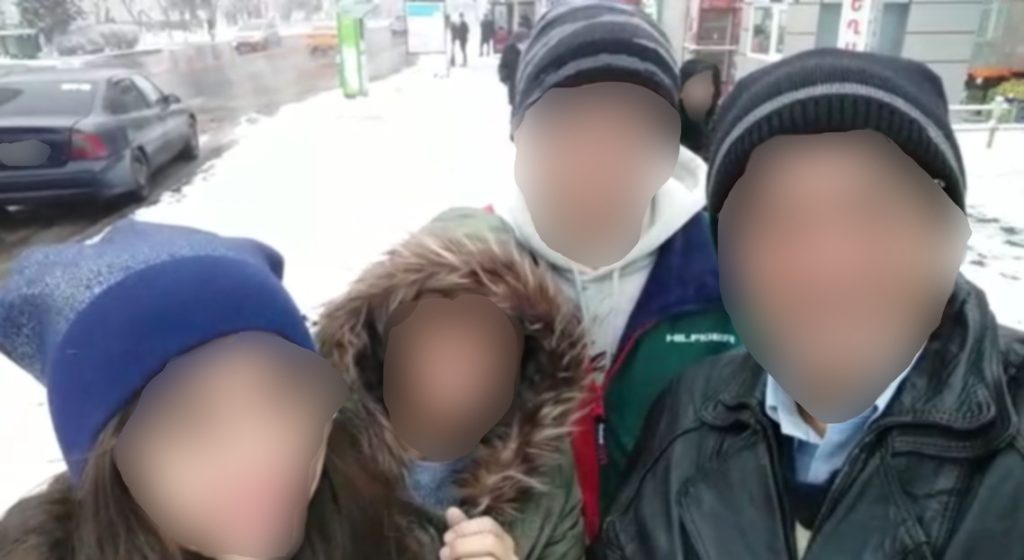 ” God has given us a new future”

My Story as a Diaspora in Malaysia

Living here in Malaysia has been a big part of my life considering I’ve spent at least half of it here. It’s been a good experience up to present, and I hope it stays that Read more…

Movement Control Order: We are Thankful

“We are thankful because everyone is healthy,” said Zikri*(not real name), a Myanmar Rohingya refugee currently living in Malaysia. We first met Zikri* a few years ago when he joined us in ElShaddai Centre. He Read more…

Recount of Ismail, a 9-year-old Rohingya boy who came to Malaysia in 2017

My name is Ismail and I am 9 years old.My mother and I wanted to go to Malaysia because we were persecuted back in Myanmar. We arrived in Malaysia successfully, but we underwent a horrible Read more…