A Familiar Nightmare: Issues Faced by Refugees and Migrants in Malaysia during the MCO

A Familiar Nightmare: Issues Faced by Refugees and Migrants in Malaysia during the MCO

With the grief and pain from year 2020, the world entered a new year with a new sense of hope as it continues the same battle of a pandemic. When the Malaysian Government announced the Movement Control Order (MCO) in June, there was a sense of familiarity; it was a repeating cycle. For some, it could mean another “WFH” (Work from Home) bliss, a relaxing time to wind down in the comfort of a home. For others, their worst nightmare has just begun, yet again. This struggle is not new to the Malaysian society. We have been through it once. Regardless of your economic status and how the first MCO had been for you, we all knew about the struggles of individuals and families living below the Bottom-40 (B40) line. We have witnessed story after story of how as a society, people have come together to help those who are struggling. Homeless people were given shelters, funds were raised for low-income families, food was distributed throughout the communities. People were offering their time, money, and resources. Refugees and migrants in Malaysia are one of the communities that are the most severely impacted by the Covid-19 crisis. These communities are hit by other layers of challenges on top of the financial struggles that this crisis brings to the nation as a whole. This added layer of struggle is due to their status as ’foreigners’. However, the word ‘foreigner’ could imply a stark contrast of two different worlds – a foreigner who lives in a luxurious condominium in Bangsar, enjoying the finest of the Malaysian hospitality, or a foreigner who lives in a cramped and tiny apartment in the heart of KL, exploited and marginalized. Though both groups have the same status, they go through stark realities. Unfortunately, the struggle is hitting the latter group harder than ever before. I would like to share some of the hardships that the refugee and migrant communities are facing, based on my experience working with these communities, with the hope to speak words into action and into the hearts of those who are willing to contribute to the refugee and migrant population in various ways. Here I have listed some of the most common issues that refugees and migrants are facing in Malaysia during this period of time. Documentation Issues The documentation issue is one that impacts the communities even harder during this time. Refugees and asylum seekers registered with the United Nations High Commissioner for Refugees (UNHCR), though under their protection, are still considered as illegals in Malaysia. It is illegal for refugees to work, but in order to survive, they have no choice but to look for difficult and dangerous jobs that most locals would not take. Since it is not a legal employment, many of them face harsh exploitation and discrimination in their workplaces. Besides that, many refugees and undocumented migrants are afraid to get tested for Covid-19 due to the fear of arrest or deportation by immigration authorities. Livelihood During the MCO, many of them lost their jobs which resulted in a loss of income for the families to pay for rent and daily expenses. Unaccompanied boys and girls as young as 15 are forced to endure the same hardships as adult refugees. 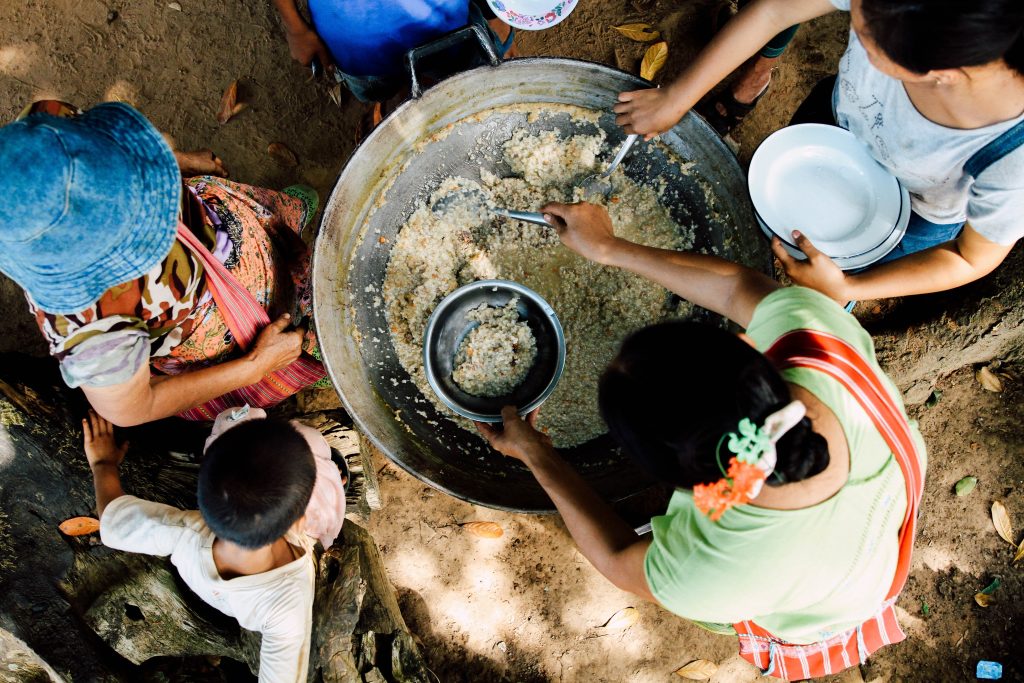 Due to their age, they are put in a more vulnerable position for exploitation in workplaces. Many cannot afford an education as they have to work full-time and worry about paying rent. As the financial struggle goes on within the communities, doors that used to be open for support are now shut for single mothers who are unable to work due to childcare. Higher Risk of Exposure to Sickness and the Virus Most refugees and migrants have poor living conditions which put them in a higher risk of exposure to Covid-19. People who come from upper-middle class families have the luxury of practising social distancing in the house, but to many others, this is a privilege that they do not have, as many of them share a rented apartment with multiple families in order to save cost. When the news reports another Covid-19 cluster in the midst of migrant communities, the public’s immediate reaction is one of fear mongering and scapegoating this marginalized population by fitting them into a xenophobic narrative that has always been written by this society. Behind the quick judgement, the public fails to realise that amidst the pandemic, undocumented migrants are people who genuinely care about their health and want to protect the people they love, just like us. In fact, I would argue that they may have higher awareness of this risk compared with many of our citizens, because they cannot afford to get sick. In the event that they are infected with Covid-19 or a serious illness, the opportunities for affordable healthcare are extremely limited. Unlike Malaysian citizens, refugees and migrant workers do not have access to affordable public healthcare when they suffer from illnesses. Sexual and Gender-based Violence Sexual violence is sadly not something new that occurred during the pandemic. However the number of these cases has increased significantly during the first MCO, according to the statistics given by the Women’s Aid Organisation (WAO) based on the number of calls made to their domestic violence help hotline. Of course, this issue does not only affect the refugee and migrant communities but the larger Malaysian society as well. However, when violence of this kind happens, marginalized groups have lesser access to support and resources; thus putting them in a more vulnerable position than others. Moreover, some underaged girls in certain refugee communities are expected and forced to marry off as young as 14. One of the reasons behind this culture is to ease the financial burden of the girl’s family. With the heightened financial challenges, child marriage cases tend to happen at a higher rate than usual. These cases happen so often as it is deeply embedded into the communities’ cultural norm, and yet it is widely unheard-of by the Malaysian public. 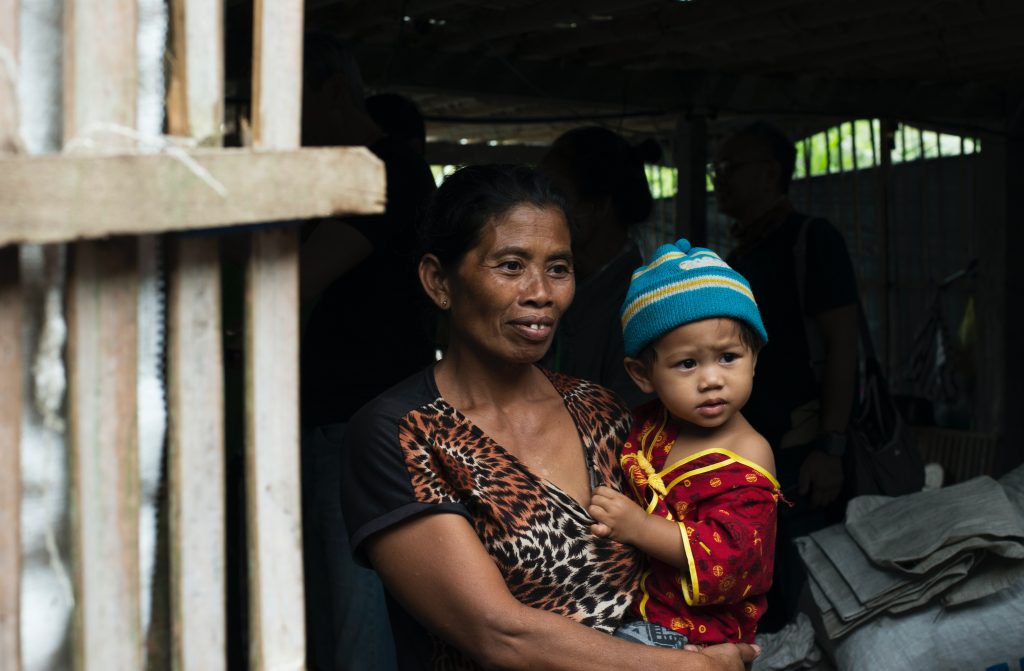 I have barely scratched the surface of the many challenges the refugee and migrant population has endured during this pandemic. My hope is that you have gained better understanding, awareness, and more importantly empathy through this article. The ability to feel what others feel and to walk in another person’s shoes is one of the distinctive features that God has placed in the hearts of humankind. I would like to share a poem that I wrote:

If only we are willing to look at every person as a reflection of God’s beauty and image, If only we could extend our hospitality and the rich beauty of this nation that we so proudly claim- not just to our own kind, but to those who don’t look like us, If only we could put aside every negative stereotype and false perceptions of the ‘other’, If only we could break down the wall of division that paints ‘us’ versus ‘them’, We would find more similarities than differences. We would find this to be a story of strength, resilience, and perseverance. #Kitajagakita

The theme for ElShaddai Centre’s 2022 celebration of World Refugee Day is “Displaced but Belong”. As I reflect on the words ‘displaced’ and ‘belong’, I realise that the meaning of these two words could not Read more…

As an organization that has worked with children for the past thirteen years, ElShaddai Centre has always strived to provide a nurturing environment for children to grow to their potential through education and learning. With Read more…